Figure 1. Book in hand while leaning against a small table covered with a red cloth, this painting is of the supposed Sir Richard Eyre-Cox, 4th baronet. Wearing a green frock coat, white waistcoat with gold buttons and edging, the young Baronet stares ahead with a suggested assurance of his position and inheritance within Ascendancy Ireland. It could be postulated that this portrait was commissioned to mark his succession to the baronetcy at the age of about seven in July 1772 on the death of his father, The Ven. Sir Michael Cox, 3rd Baronet, Archdeacon of Cashel (c.1730–1772).

Upon chancing on this 18th Century Irish School portrait of a young boy, believed to be Sir Richard Eyre-Cox, 4th Baronet (c.1765–1783) reminded me of a poem that I learnt at the age of 11 in St. Patrick’s Boys School, Sackville Street, Dunmanway. It concerned this apparent Richard Eyre-Cox depicted in oil:

With Bandon flowing, its charms bestowing,

Which in Mount Nowen, does take its rise.

And there a lake is, where the duck and the drake is,

And the crane can take his sweet feast of frogs,

But when night comes round it, the sperrits surround it,

Since there was drownded Sir Richard Cox.1

These mournful lines recall the grim event which occurred on the 6th September 17832, involving Sir Richard, then thereabouts the age of eighteen. The incident retold in different sources outline that the two-times great-grandson of the 1st Baronet and namesake, Sir Richard Cox (1650–1733) was accidentally drowned on the lake situate opposite to the old stately Cox mansion and wooded demesne.3

A primary source in the form of a contempory newspaper article found in The Hereford Journal, dated 11th September 1783 gives an account of this misfortunate accident. 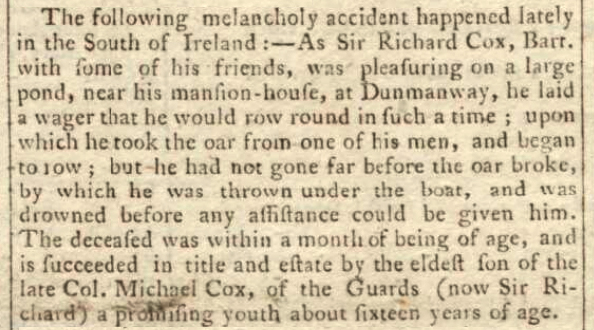 Figure 2. The 1783 newspaper article from the Hereford Journal detailing the boating accident.

Another version of this event takes a different view and is also mixed with local lore:

The story goes that when Sir Richard heard that a missionary follower of John Wesley was coming to Dunmanway for the first time to preach to the people, he made plans to take this man boating on the Chapel Lake. Then he would duck this missionary in the water and half drown the man for the entertainment of the crowd that would doubt gather for this sport. However, the boat which was being rowed by Sir Richard himself before the event began keeled over and Sir Richard was knocked unconscious by a blow from the oar and drowned quite swiftly. It seems that several hundred people witnessed the accident, but little effort was made to save him. Although it was just probably a simple accident, every religious group in Dunmanway had its cherished explanation for the drowning of Sir Richard Cox. It is said that the Wesleyans (Methodists) saw the accident as a mark of the displeasure of God Himself; the Catholics felt that it was in punishment for Sir Richard’s horsewhipping of a priest; the Anglicans (Established Church members) said that it happened because the oar which he used was cut from an elm tree in the Churchyard on a Sunday.4 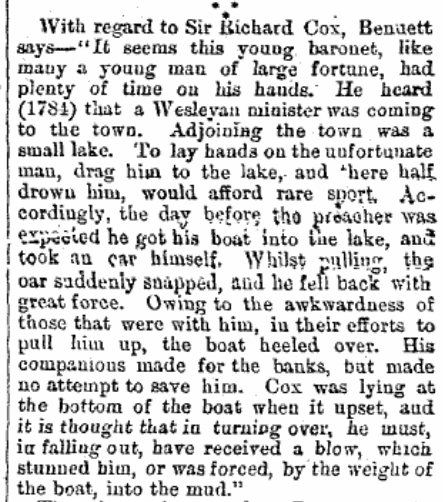 Figure 3. An account of this drowning also found a place in George Bennett’s The History of Bandon (1869).

Figure 4. Dunmanway Lake, otherwise called the Chapel Lake was the scene of Cox’s drowning in 1783. “[H]e lost his life in a boat which he was rowing on the lake adjoining his seat of Dunmanway, by the pin which keeps the oar of the boat in its berth breaking”.5 Doheny House, Lakelands, can be viewed in the background.

Figure 5. Adapted from an 1858 Cox LEC sales catalogue and relevant details of lease information extracted therein, this reconstructed image is a conjectural plan of the location of the original Cox Manor House and demesne which was situated off present day Main Street. Dunmanway Lake is just a short distance from this site. The image includes the Market Square for orientation purposes.